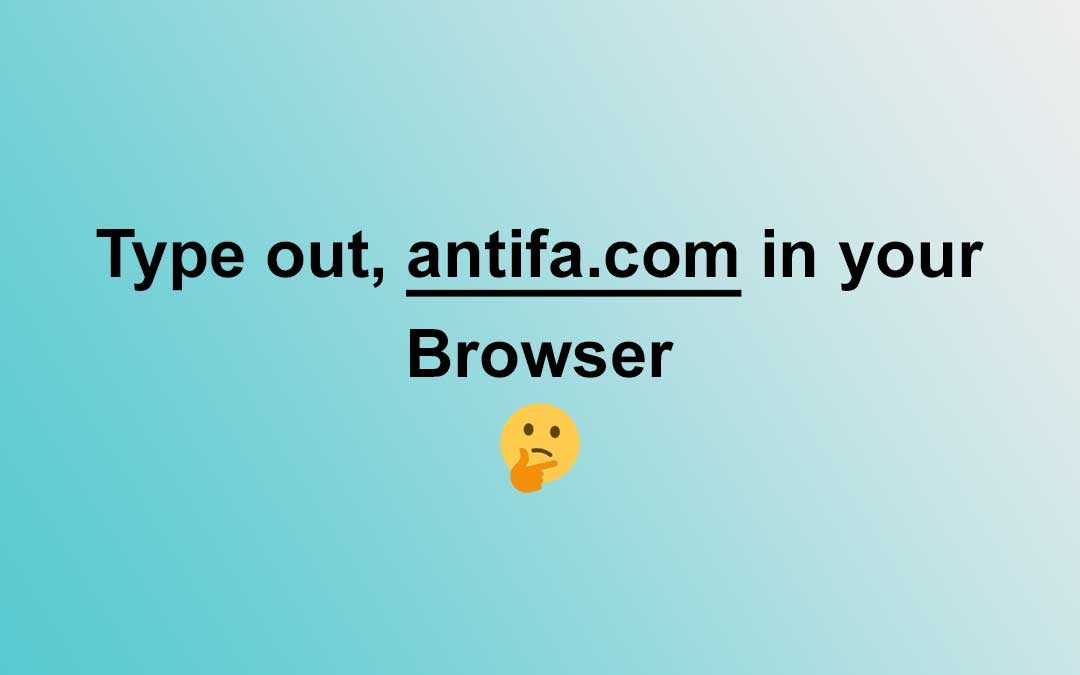 There is a meme going around right now that says to type in antifa.com and see what happens. Spoiler: antifa redirects to Joe Biden.  That is antifa.com redirects to joebiden.com.

The political right says this shows Biden’s support for antifa.  The political left is claiming it’s just some prankster pointing a domain to a server to make a presidential candidate look bad.

Let’s avoid the politics and break it down technically and see what’s going on.

Antifa.com is registered at NameCheap.  A quick search of their whois database at https://www.namecheap.com/domains/whois/result?domain=antifa.com reveals that the registrant opted for private registration in order to hide their identity.  This is a perfectly legal, acceptable, and common practice as we explored in a previous blog post, but in this case, it does raise a question as to why the domain registration information would need to be private.  A prankster would want to hide their identity else risk be exposed as not being part of the campaign, but with private registration there is at least doubt that the registrant could be part of the campaign.

Where are Antifa.com and joebiden.com hosted?

Now we know that joebiden.com and antifa.com are on different servers, so how does a user type in antifa.com and end up at joebiden.com?  We originally did a deeper technical dive thinking this problem was more complex than it was, but the answer comes in a simple form of a simple redirect from antifa to joe biden.

If you are interested in in the test where we tried to force joebiden.com to answer requests for antifa.com, please read Does JoeBiden.com Host Antifa.com and then come back to this article for more information on what’s actually happening when antifa redirects to joe biden. 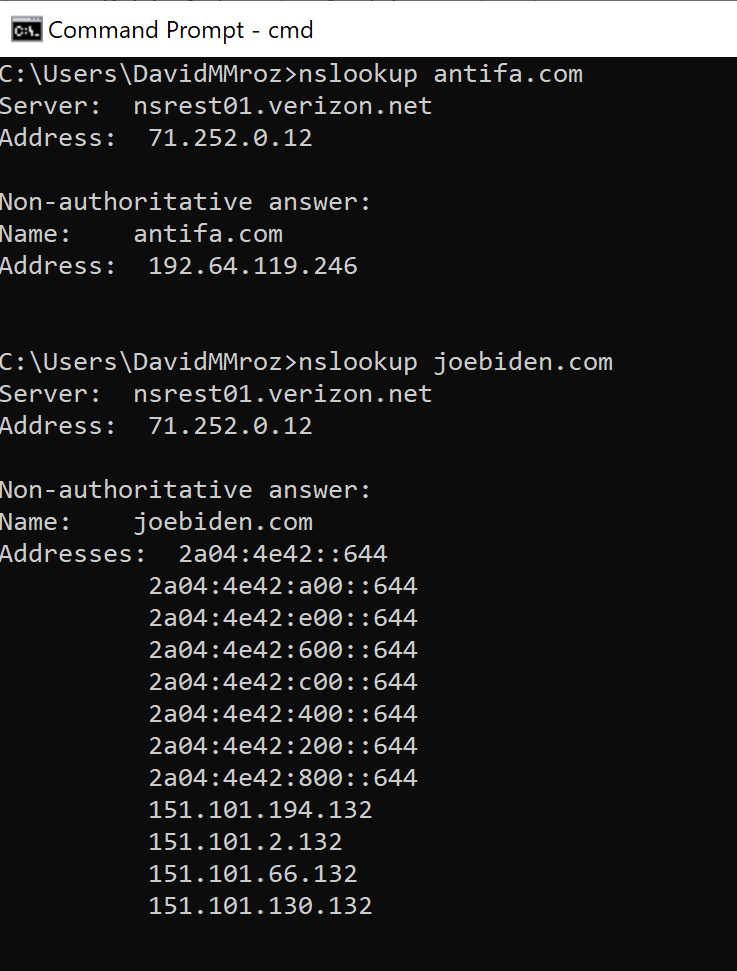 The Redirect from antifa.com to JoeBiden.com

Side note:  As I was editing this post to confirm all of the details, I noticed that the chain of redirects had changed during the time it took me to write the first and second drafts.  The original chain was antifa.com redirecting to kamalaharris.com which redirected to joebiden.com.  As of September 9th, 2020, antifa.com redirects directly to joebiden.com.  This does not change the analysis or the outcome, but it does indicate that the owner of antifa.com has updated the forwarder at NameCheap for some reason.

So what does all of this mean?

The owner for joebiden.com and antifa.com are the same person/organization: Unconfirmed; neither registrant has public information.

The owner of antifa.com is a prankster:  Possibly.

This is a prank?

Possibly.  Without knowing the identity of the registrant at NameCheap, it’s difficult to say.

All of these are possibilities.  The political ideologies of the individual will dictate the weight that is given to each theory.  Our goal was to analyze this from an apolitical technical perspective so we’re not going to guess which one of the above is the real answer.

Does the campaign know that antifa redirects to joe biden?

They should.  The Biden campaign has a talented social media team and we have to assume that they’re aware of the meme.  We can also tell that joebiden.com is using Mixpanel, Google Analytics, and a number of other tracking and analytics tools to track users behavior not only on joebiden.com but on other websites and social media platforms as well.  These tools will tell you where traffic originated and they’d be able to see antifa.com as one of the sources for the traffic.  Fastly is a reputable company that hosts major websites and this information regarding the redirect from antifa.com to joebiden.com would also show up in the server logs.  (It may be outside of the scope of contract for Fastly to review these logs for this type of data, but the campaign would still have it available to them to review if needed.)

Earlier in this post I indicated that “It is important to note that the Fastly server hosting joebiden.com is never asked to serve any files for antifa.com.”  This is true in that the browser never asks the Fastly server hosting joebiden.com for files associated with antifa.com (and, as we proved in the article titled “Does JoeBiden.com Host Antifa.com” it wouldn’t work anyway), but the HTTP referer header does indicate that the user was redirected from  antifa.com to joebiden.com and this information will appear in both the analytics tools and server logs.

Could joebiden.com reject any traffic that was intended for antifa.com?

Sure.  By looking at the HTTP referer header they would be able to tell that traffic originated from antifa.com and block it or redirect to a page explicitly supporting or denouncing antifa.